me, thinking out loud by Jon Shriver is licensed under a Creative Commons Attribution-NoDerivs 3.0 Unported License.
Based on a work at www.jonshriver.com.

I work in a school.

My work involves a range of activities involving mostly teachers, but also students and their parents.

The going joke around here–especially at times when we’re running ragged after 7 or 8 weeks of full-on work–is, “If you would just take away the students, this school would be perfect.” 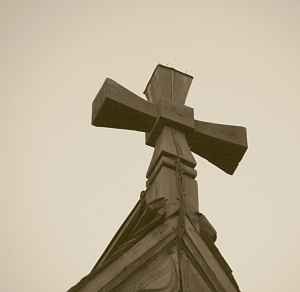 I was mulling over similar ideas in my head while sitting in our Sunday gathering yesterday and then during a church meeting. I know many people who have ditched the church for a more intimate spiritual search, or in response to a growing sense of duplicity and pretension which one inevitably finds in organised religion. I would never say (as I have heard said) that they have “left the faith,” or they have “returned to Egypt” (which carries another entire set of symbols and metaphors, mostly dark and negative). These folk has simply had enough of their local church and the problems which they believe are very real and embedded in its membership and structure.

Lillian Daniel writes about this in today’s StillSpeaking reflection:

It seems to be a growing trend—people who claim to love Jesus but don’t want to call themselves Christians. The latest to stake a claim for not staking a claim is Marcus Mumford, of the wildly popular Mumford & Sons, whose Christian-themed lyrics have been a source of fascination to believers and nonbelievers alike.

In a Rolling Stone cover story, Mumford demurred when asked if he considered himself a Christian. “I don’t really like that word. It comes with so much baggage,” he said. “So, no, I wouldn’t call myself a Christian.”

I too want to distance myself from hateful statements made in the name of my faith. If this is all that Christianity is, I don’t want to be associated with it either. But of course, that is not all that Christianity is. And unless some sane people claim the label, the extremist fringes will have the last word. I tried to make that case in Relevant Magazine. When people say they love Jesus and not the church, I hear them saying they can’t abide the people. If we could just kick all the people out, we might actually be able to do this Christian community thing. But I don’t think that’s what Jesus had in mind.

It seems to me that, although I sometimes get disillusioned with organised religion, I can’t escape the fact that there are hypocrites everywhere. I guess, like Marcus Mumford, I expect Christians to be more like Jesus than those who don’t accept that label. I suppose my conundrum is that I know many who are not Christian in name who act more out of love and grace than those who claim the Name. I understand Mumford’s dilemma–I too want to distance myself from that type of pretentious faith.

After all, if we can do this in the 2 hours a week we spend inside the church building, imagine how this would look if we then extend our life of love to the other 166 hours we spend in the everyday normalcy of life!

Maybe, as we love as Jesus loves, we will see all these labels and categories fade into insignificance as a new awareness of our shared humanness and earthliness awakens in us a renewed and invigorated sense of belonging, togetherness and community.

Or maybe we’ll just say we’ve had enough, leave this church, and take our baggage with us somewhere else . . .

For those who appreciate Lillian Daniel’s perspective, you may be interested to watch her sermon “Faith is Not the Opposite of Doubt” here.

I am an ordinary man, living an extraordinary life with my wife and partner-in-greatness, Vicki. We have two amazing kids who are living incredible adventures of their own. I enjoy most things I do, but especially coffee, the beach and a good read. My opinions are my own. View all posts by Jon

2 thoughts on “If it Weren’t for Christians, Church Would be OK”